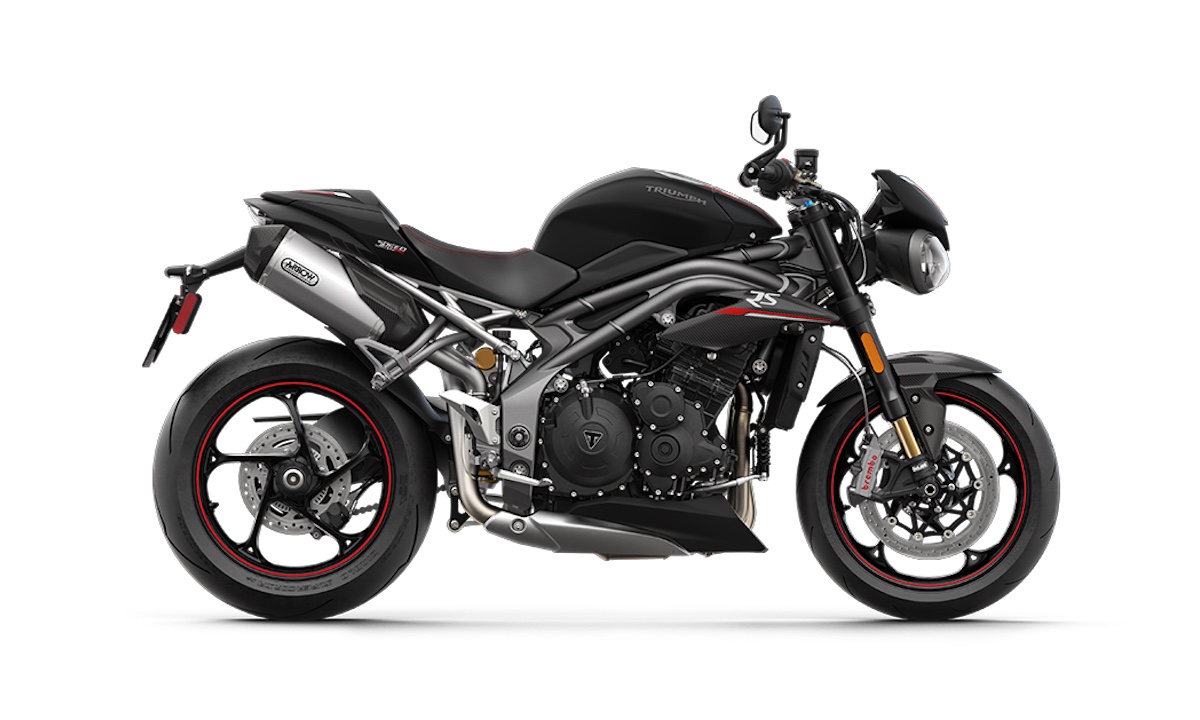 Take a look at the most powerful and responsive Speed Triple ever. With a major engine development, lighter weight (RS) and cutting edge technological advancements the iconic 1050cc Triple engine revs harder for longer, improving on its already legendary agility, razor-sharp handling, and pinpoint precision. Raising the game to a new high with a totally addictive ride, delivering all of the Speed Triple's characteristic nose-down focused attitude together with superior handling, a higher standard of finishing, and a phenomenal enhanced triple soundtrack. This is the greatest Speed Triple ever. 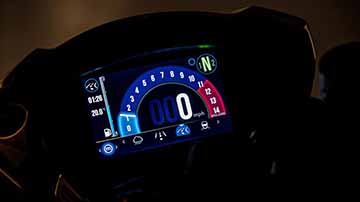 Full-colour 5-inch TFT instrument display that presents both essential and additional rider information from the on-board computer, with six screen styles to choose from, all with high and low contrast settings, adjustable for optimum visibility.

Ergonomically-designed switch cubes with stylish backlighting for easy fingertip use under any lighting condition to access functions such as TFT instruments, riding modes, and the new cruise control, significantly improving long distance rideability.

The Speed Triple's new advanced keyless ignition and steering lock system recognises the proximity of your fob before activation is initiated. For additional security, you can turn off the transmitting signal to disable the keyless function when not in use.

See and be seen. Daytime Running Lights combine excellent visibility with a confident style statement, and these are fitted into the headlamps with the integrated air intake duct and fly screen for a distinctive front profile. (DRL-applicable markets only)